Hi there! I'm linking up with Jennie today to share some fun stuff from the past week.

1) Friday evening, since we had no homework to do, Grant and I made some candy cane bead ornaments to get a jump start on Christmas stuff. The best part is that my mom taught me how to make these when I was kid (crafty, she was not but we had fun) and now I get to make them with Grant. 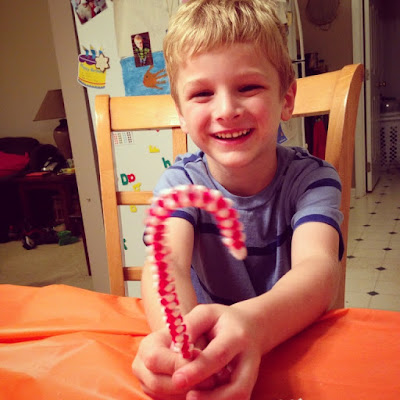 2) Saturday was my birthday. As soon as I woke up, Grant handed me an envelope that said "Mom" (he calls me Mama). Then he told me "I wrote 'mom' by myself! It's a sight word!" How cute is that? I'm not one to make a big deal out of my birthday but Husband wanted to take me out to breakfast and do a little shopping before we took Grant to a birthday party for one of his friends. Later on we had a movie night and Grant got to see Jurassic World for the first time.

3) Also over the weekend, my little kitchen helper and I made some chicken & rice soup. 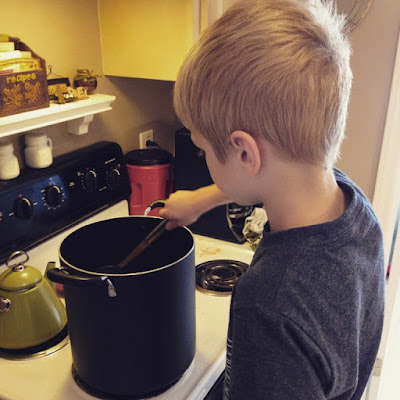 4) I had a dinner date with Grant on Monday! Usually he picks Cracker Barrel for our dates. I guess he's tired of it because it was Moe's this time. He loves when they yell "Welcome to Moe's!" 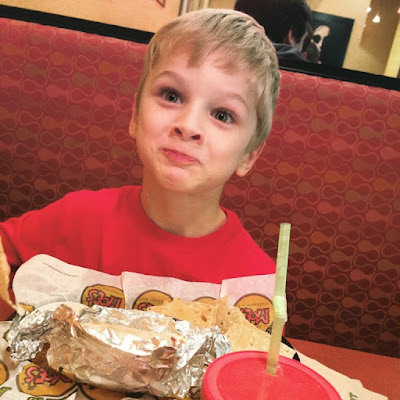 5) Since I was off work on Wednesday and Grant was off school, Husband took the day off and we went to the Museum of Life & Science in Durham. It's one of our usual places on days off but they recently opened some new tree houses so we were excited to check those out. We had a really great day together! 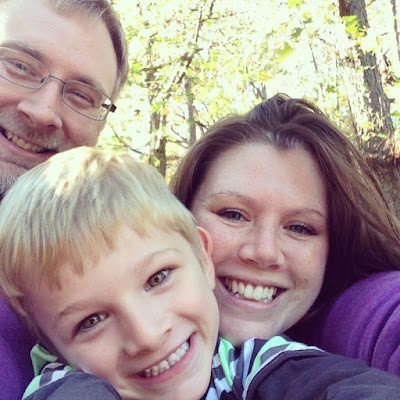 6) Yesterday when I got home from work there was a package from my sister waiting for me. Along with a cute new bag, she also sent me three boxes of my favorite store bought cookies! I love packages with treats from home :) 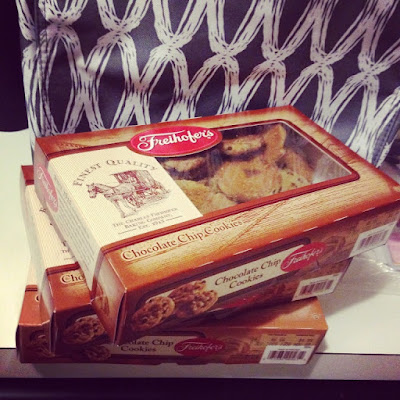 A Day Out with Thomas & Percy

On Saturday we took Grant to the Day Out with Thomas event at the Transportation Museum. Since we did this last year at Tweetsie Railroad, we thought it might be fun to check it out at a different location. When I went online to get tickets, I saw that you could buy tickets that included a ride with Percy too and as a friend put it...if you're going to drive all that way, you may as well ride Percy too.
I was so focused on making sure we got there in time for our ride with Thomas...it never occurred to me to check our Percy time. So we got there...saw Percy...took some pictures...and then I found an employee to just find out what we needed to do. She checked our tickets and pointed out that our Percy ride was in 10 minutes!  So we boarded right then.
It turns out that Percy was pulling the caboose train, which didn't offer much for sight seeing (tiny windows) but Grant really didn't care. He just wanted to ride the train. 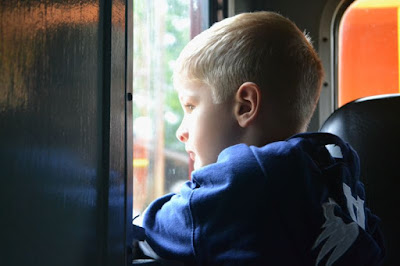 At one point along the ride, our guide told us that we would be passing Thomas. Unfortunately we weren't sitting on that side. But the man and his son on the other side of the train offered for us to go over and share their window. He didn't have to ask twice. Grant was over there in two seconds.

Immediately following our Percy ride we had to check in quick to get our wristbands and then head over to the line for our Thomas ride.
The line moved quick and they were pretty organized. And we somehow got seated in the car right behind Thomas. When we walked into the car Grant said "I can see Thomas' skin!"
So right before the ride starts the guide tells us that we have help Thomas by yelling "All aboard!" So everyone did...and then Thomas blows his whistle...
This ride offered better views from bigger windows. They take you back and forth on the tracks in front of the museum.
After that, Grant just wanted to check out the museum (convenient, because we did too).


The Transportation Museum is a really neat place. We had talked about going but this was our first time. So many great buildings filled with great stuff! 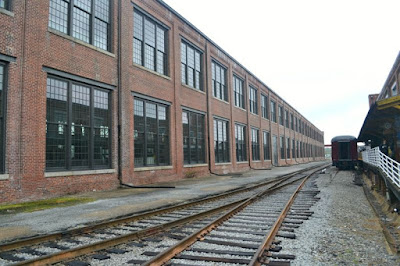 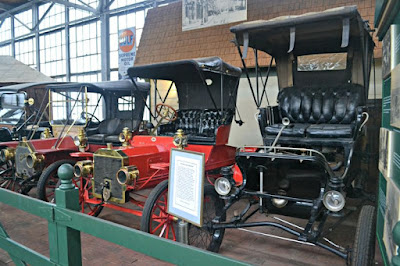 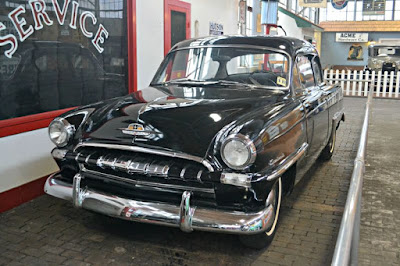 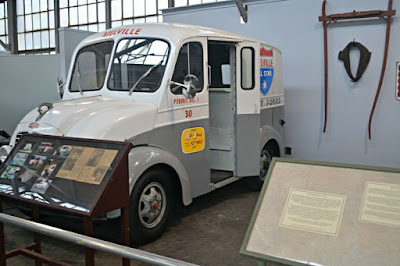 The building I was most excited about looked like it was undergoing some repairs so most of it was restricted inside. It was the building that had all the old firetrucks in it (and a plane that Grant could see through the window). 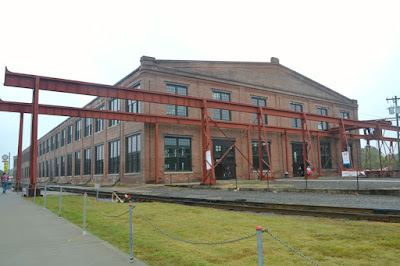 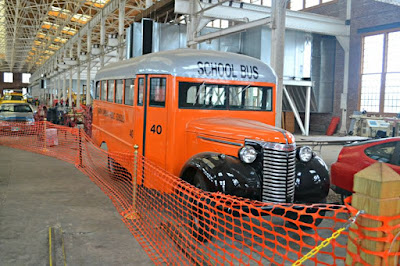 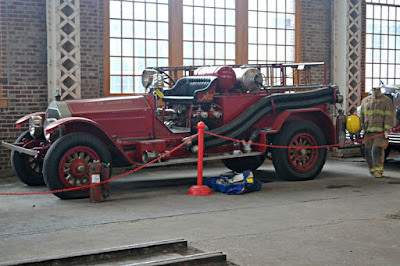 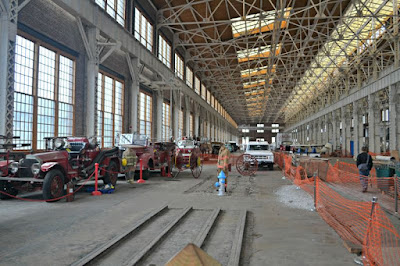 After that, it was on to the roundhouse to check out more trains! So much neat stuff at this place! 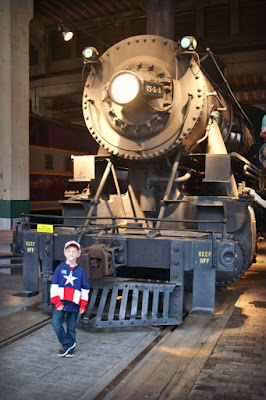 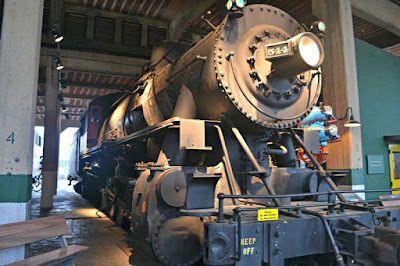 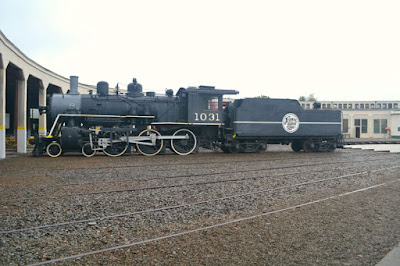 After that, it was time to start heading back to the car but not before stopping so Grant could run through the hay maze. 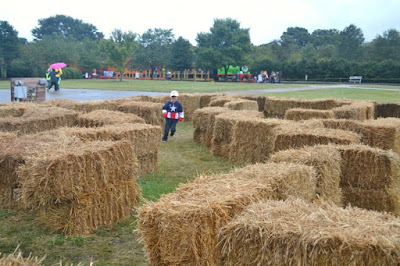 I didn't realize how big this place was until we got there. If I had, I would have planned better because we didn't get to see everything. We'll definitely be making plans to go back!
Posted by Tara Lynn at Wednesday, September 30, 2015 0 comments
Email ThisBlogThis!Share to TwitterShare to FacebookShare to Pinterest
Labels: fall, family, fun, little boy, local fun, memories, museum, road trip, travel

Over the weekend Grant and I went to a different park aaaallllll the way out in Wake Forest (E. Carroll Joyner Park) to do his 5 year photos. It was probably way too far to drive for an hour or so of picture-taking but I thought the buildings there looked pretty neat so we went. 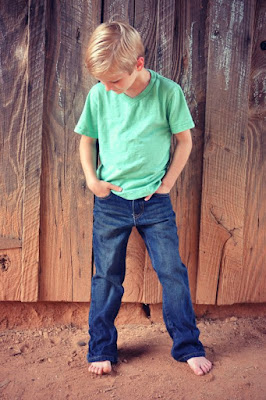 Grant is at an age where we kind of have to make a deal for cooperation where pictures are concerned. The last couple times it's been ice cream or a snow cone. Since Grant got cowboy boots for his birthday and he already had a cowboy hat...this time our deal was a snow cone AND he got to dress like a cowboy. 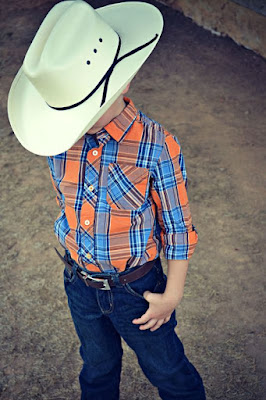 I am fully aware of the ridiculousness of these pictures. So aware. And of course, the ones of him in the cowboy outfit turned out the best because he was incredibly excited. 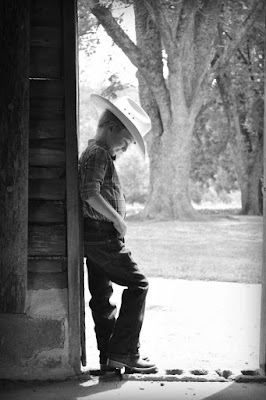 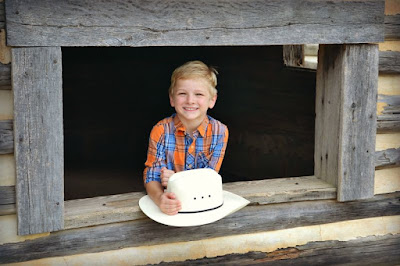 He would have worn that outfit all day if I'd let him (it was like a million degrees, so...no). 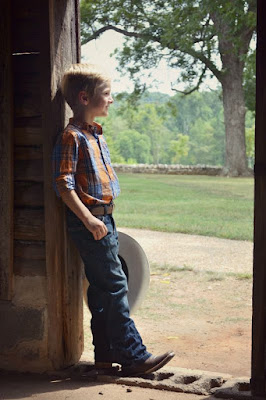 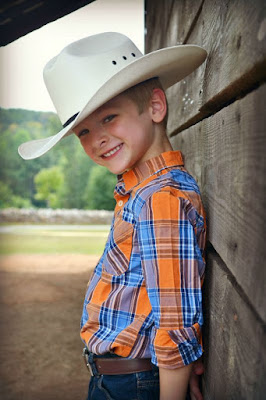 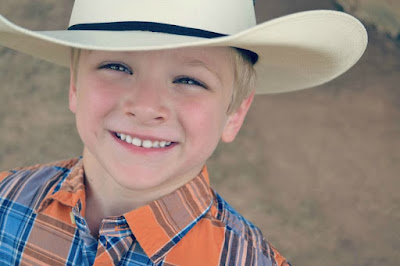 He had too much fun wearing that outfit (and I have no doubt we'll be seeing more of it when the weather gets cooler). After I changed him into shorts...Grant's cooperation kind of went south. But I'm glad I got some fun pictures of this cowboy phase he seems to be going through (and a couple un-cowboy ones too). 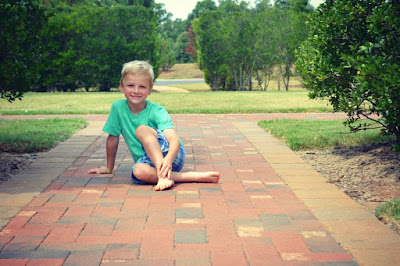 Tara Lynn
Raleigh, NC, United States
I'm a transplanted northerner living in the south who is frequently called a "Yankee" or "Canadian" - both of which are said with a small amount judgment. Neither of which bother me. I'm also a busy working mom trying to figure out life with a little one. But I love it :) 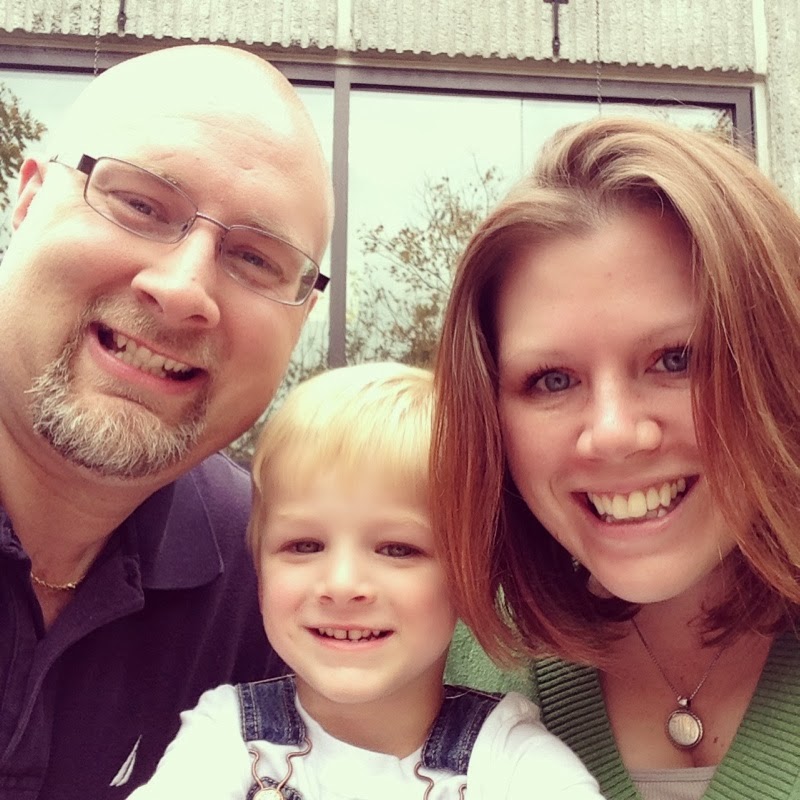